Can i import an inventory with some additional metadata? Print

Import of additional metadata (e.g. internal Id numbers) was possible in the previous version of the Toolbox (TB v3.4), but it is not implemented in versions 4, yet.

Here is the way you could go around the current insufficiency, however, at the cost of the names.

The inventories contain substances with chemical ID information, only (CAS, Name, SMILES). The columns with the CAS RNs and SMILES are mandatory and they require specific information. Therefore, you could import your metadata in the column with “Names”.

Example file for importing could be found in the attachments.* Illustrated steps on how to import an inventory are given below.

Figure 1: 1. Click the Import button located in the Data module; 2. Check “Import as inventory” before selection of the file for importing (if you want to change the name of the inventory, this should be done also before opening the file); 3. Click Open file

Once the file is imported, it will appear under “Inventories” section within the Data module.

The imported structures and the metadata (imported as Names) could be seen in the Input module. 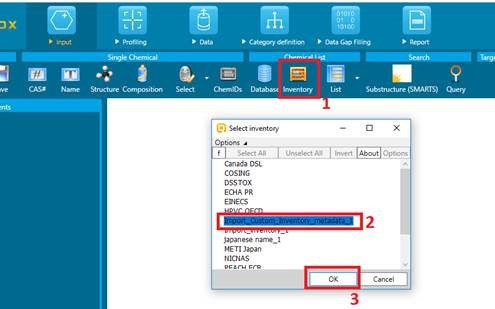 Expand the Structure Info level in order to see the metadata (Figure 4). 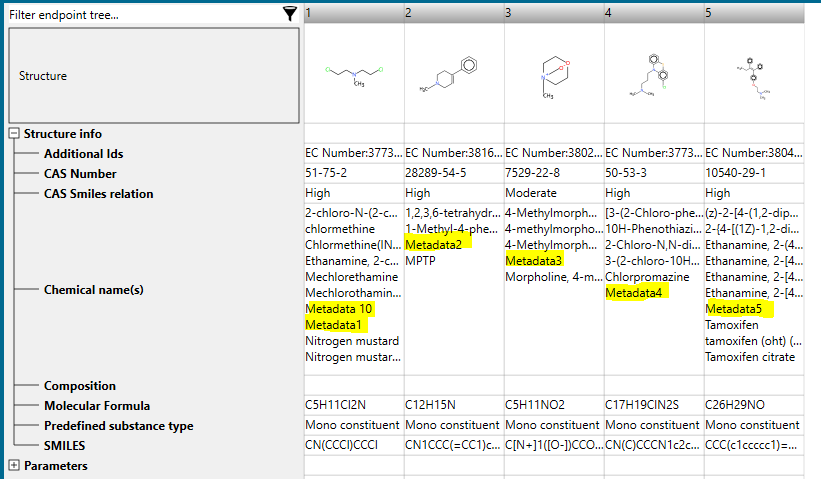 In case you want to import more than one metadata type for a chemical, the supporting information (metadata) should be in one cell, separated with semicolons (e.g. Structure#1 in the example file).